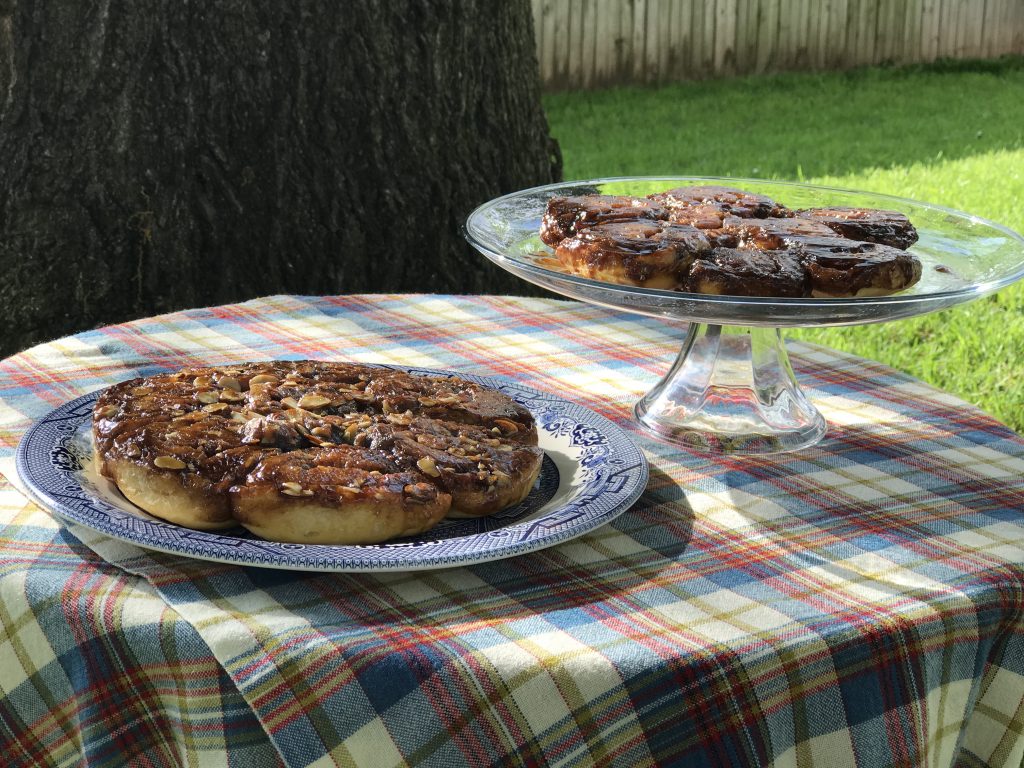 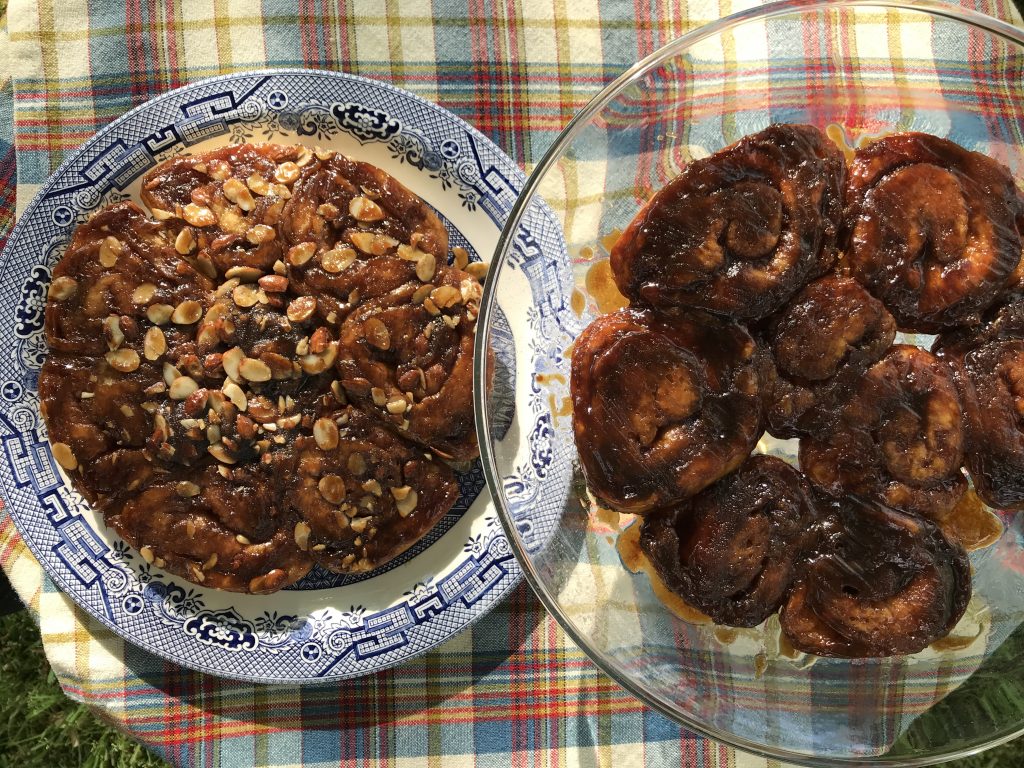 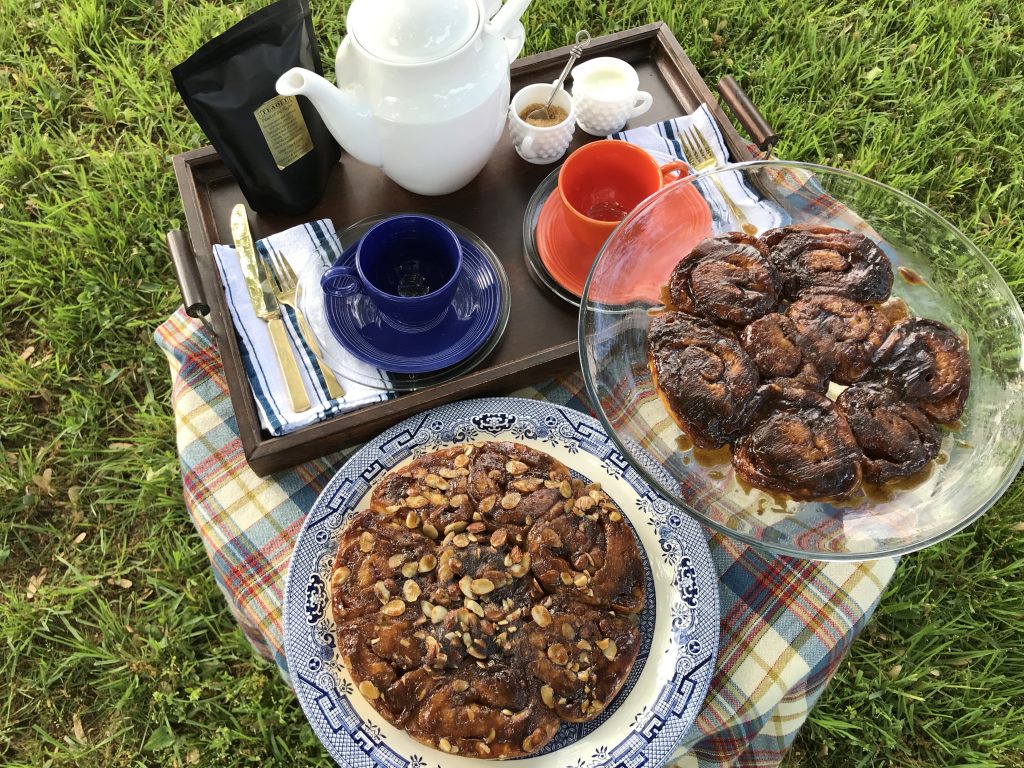 This recipe is a mash up of a classic sticky bun and a cinnamon roll recipe sent to us by a fan of the show. Thank you to Jonathon who found a recipe from his grandmother’s collection.

I made two versions of this recipe. One basic orange cinnamon roll recipe and a treacle sticky bun recipe. My family went wild over both versions. They are absolutely delicious with coffee but make sure to eat second breakfast because the sugar crash a few hours later is real.

Christine and I have decided that treacle is the perfect holiday flavor but either way you make these cinnamon buns, you will not be disappointed.

Delicious version of sticky buns that uses treacle to give it a deep, rich spice flavor perfect for the holidays. The recipe for the rolls can be uses for a basic cinnamon roll recipe. An alternate orange glaze recipe is provided for cinnamon rolls instead of sticky buns
Print Recipe
Course Breakfast
Cuisine American
Servings 24