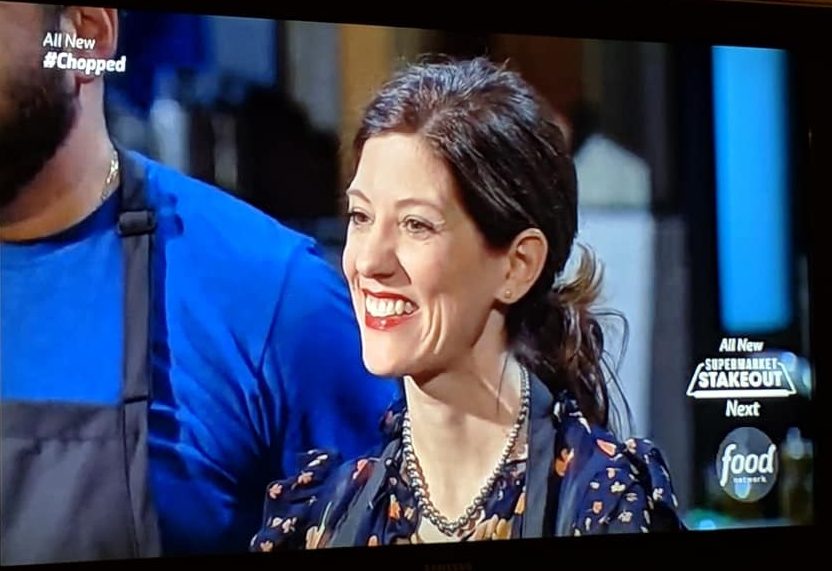 Up until recently I have had to keep a very big secret from my friends and acquaintances: I was a contestant in an episode of Chopped.

It all started way back in November of 2018 when I received an email from a Chopped producer. She had been down a rabbit hole of retro cooking websites and found Recipe Archaeology on YouTube. She wanted to know if Christine and I be interested in applying to be on the show.

After a few days of wondering if we were being phished and some deep diving into LinkedIn I decided that, yes, indeed, this was a producer from Chopped and there was an actual possibility to be on the show.

I’ve seen Chopped and know what it’s all about but I’m not a religious watcher. I wouldn’t be able to name one judge, other than Martha Stewart’s occasional guest judge appearances. But I wasn’t going to pass up the opportunity to promote Recipe Archaeology to a national audience. That would be just plain stupid. So, I started to jump through the hoops one has to jump through to be on the show. There were applications to fill out, essays to write, video submissions, phone interviews, Skype interviews, and non-disclosure agreements to sign. After successfully passing a feat of strength I was deemed worthy to be on the show and asked if there were any dates that I could absolutely not travel to NYC.

A film date was secured, travel arrangements made, and next thing I knew it was April and I was in NYC setting my alarm at 4:30 am for a 6:00 am call time.

The entire day of filming was surreal and, to be quite honest, I kept wondering how in the world I got there. I really didn’t have any business being on a cooking competition show. Sure, I love to cook for my family and find joy in recreating bizarre recipes from the past but I have zero aspirations to be a chef, own a restaurant, or run a food truck. I went in to the studio feeling 99% positive that I was going to be the first contestant to be chopped.

The producers would not tell us who the judges were and only gave us a hint that they were not the usual suspects, that it had to do with an iconic TV show, and that they wanted big reactions for the camera when we saw them. We then had to walk on to the set, one by one, and see who it was. As I rounded the corner I saw three older people sitting at the judges table, my mind said I have no clue who these old people are but react like it’s the queen.

This is what went through my head after several minutes and lots of double takes:

The rest of the day was a whirlwind of activity. 15 hours went by in the blink of an eye and I was honestly shocked that I got as far as I did in the competition. I think it was divine intervention or sheer luck that I was able to put together three dishes that were actually passable. 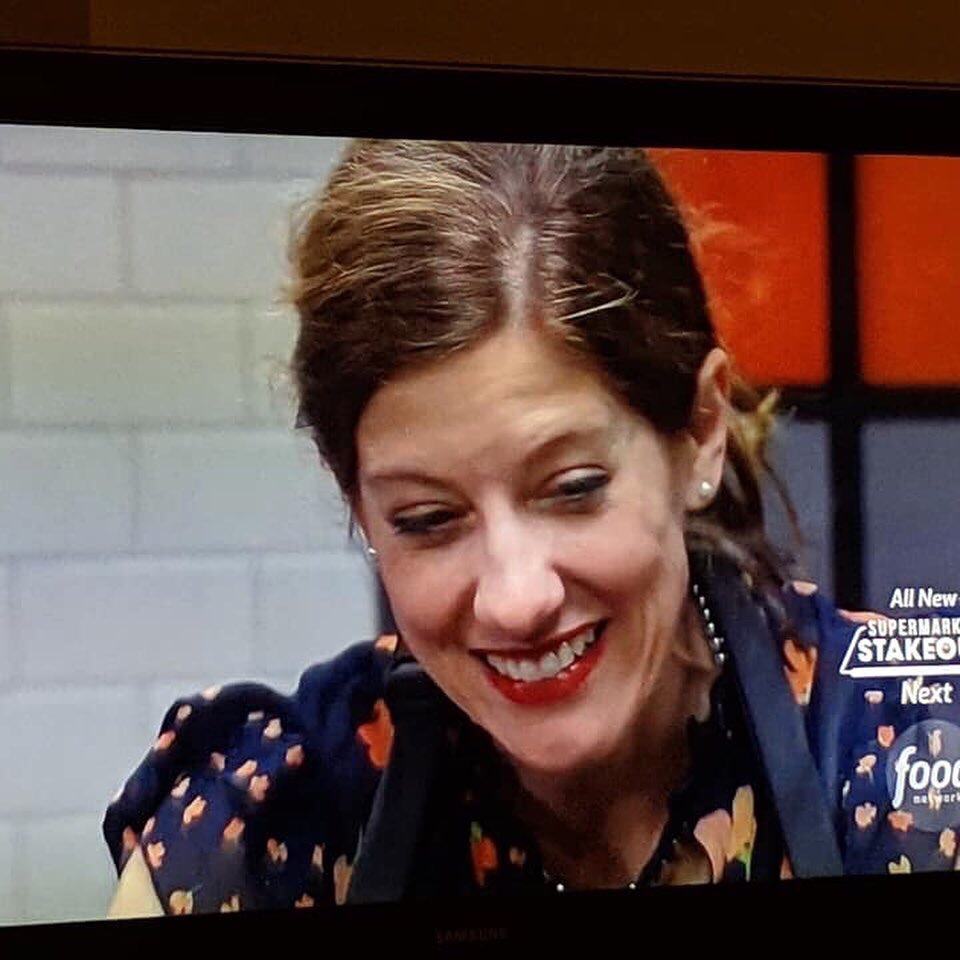 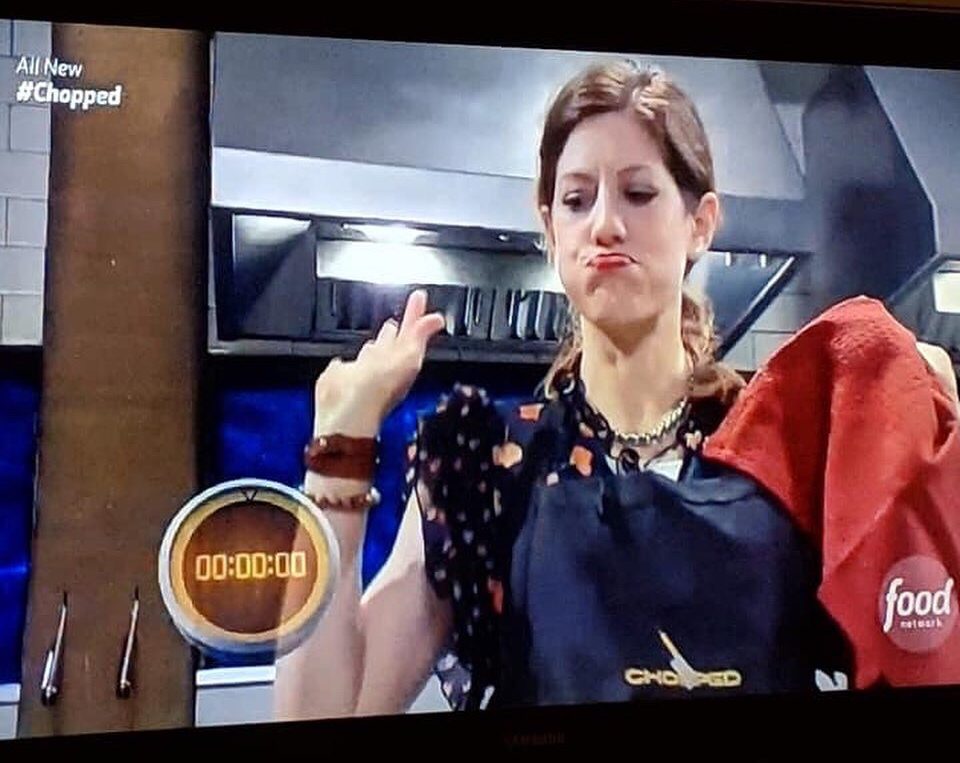 The theme of the show was based on the Hawaii Brady Bunch episode and there were elements from the show tied into the basket items.

For the appetizer round the contents were teriyaki chicken and rice in a pineapple bowl, hearts of palm, sweet crab meat, and a tiki sugar cookie.

I immediately went to what I know…fried rice. I had all of the fixings for a crab and pineapple fried rice. I added it to a lettus leaf so I could call it a fried rice lettus wrap. On the side I made a tomato and hearts of palm salad with a balsamic vinegarette. I grabbed what I thought was flat leaf parsley from the fridge but turns out it was cilantro. I hate cilantro and so does Eve Plumb. I apologized for subjecting her to the evil that is cilantro.

The main entree basket was the crazy one! Spam (we had to call it canned ham), bok choy, Ahi tuna belly, and dried tarantula. I was really hoping Spam would be in the basket because I had already thought ahead of what I would do with it. It was my lucky day! I sauteed sliced onions in olive oil then added the Spam to get a little bit of crisp on it. Once it looked just right I splashed the Spam and onions with white wine and added the bok choy to quickly reduce down.

I wasn’t about to touch that gross spider so I dumped it into a plastic bag, crushed it with a rolling pin and hid it in my dill sauce. I have to say I was really pleased with how the entree turned out even if I didn’t have as good a sear on the fish as I should have. All three of the judges enjoyed the dish and even complimented me on the Spam.

So what about the other Chopped contestants?

Maybe most professional chefs really are that serious and intense when it comes to competing to be the best but my experience was the opposite.

The other three contestants were lovely and enjoyable to spend the day with. We spent a lot of time together in a stressful situation and all of them were a pleasure to be around.

Emily was adorable and we still text. I was honestly shocked that she was eliminated in the first round and sorry to see her go. She makes homemade pasta almost every single day and would love to have a shop where she gives pasta making classes. Her site it 100 Days of Pasta. Check it out.

Joey was full of pizazz and energy. He had a great personality and fun to talk to. After the entree round his spirits sank and it was heartbreaking to see him realize that he was probably leaving.

Sang, the winner, was the nicest and sweetest guy in the world. He is crazy smart but not a bit pretentious. He works for NASA and literally builds telescopes that go into space. What the heck? We gave up trying to be serious towards the end of filming because we were both so giddy that we were in the final round. 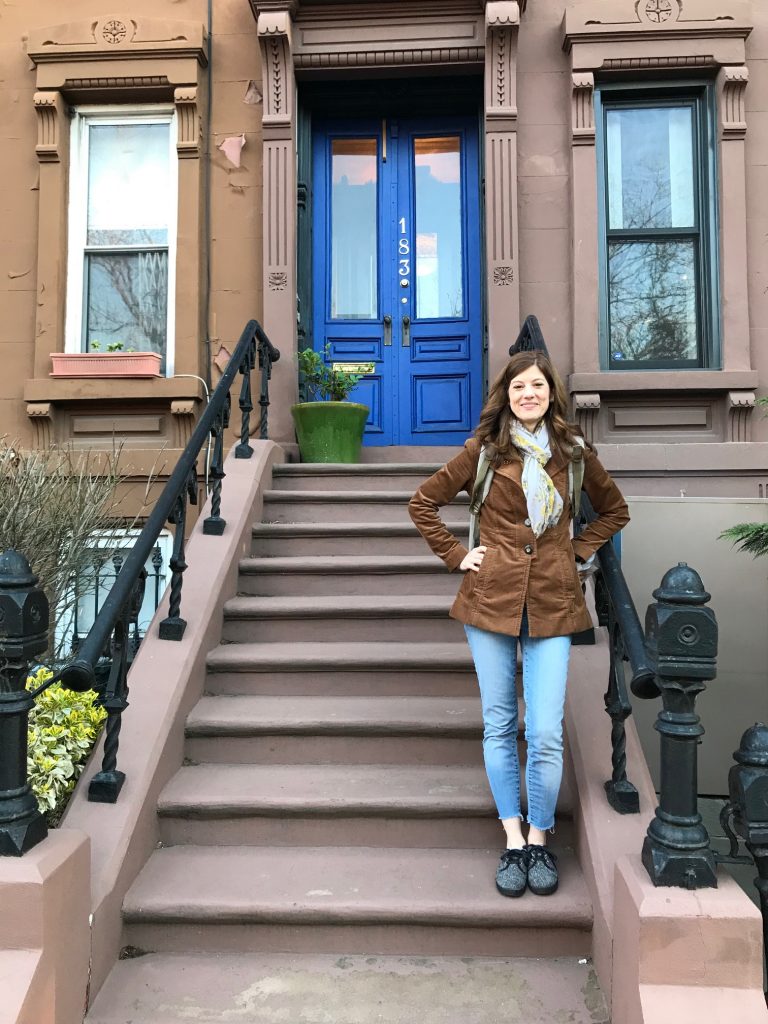 About the footage of me cooking in my “home”. That wasn’t my house. That was a brownstone in Brooklyn.

I live in Oklahoma and the show is filmed in NYC. Most of the contestants are from the east coast and it isn’t a big deal to get a producer, camera guy, and lighting grip out to someone’s house in New Jersey. But since flying those people out to OK for a few minutes of airtime was out of the question they found a kitchen for rent and for one delightful morning I was able to pretend that I was the owner of a stunning kitchen in an amazing old brownstone in a quaint neighborhood in Brooklyn. I was living my best life for 3 hours.

So what about getting to hug Bobby Brady?

When I was chopped and said my goodbyes I shook hands with the three judges and they gave me a signed copy of the Hawaii episode script. (I also gave Ted a hug goodbye and called him Tom but we’ll not get into me calling a Food Network star the wrong name.)

Anyhoo- Mike Lookinland gave me a hug and let me know that he made a strong case for me to win. Mike and I are now bffs. He just isn’t aware yet.

Am I disappointment that I didn’t win Chopped?

No, I’m not. I was shocked that I made it as far as I did and felt extremely lucky to be in the position I was in. My main goal was to get exposure for Recipe Archaeology and I think I accomplished that. It was such a unique, fun, and exciting experience that I don’t regret a single thing. Yes, I would love to have won $10,000 so I could update our cameras and my dinosaur of a computer but those things will come with time. The more our channel grows, I’m confident that we will be able to afford those things. Patience little grasshopper, patience.